A downloadable game for Windows

Smitty's Journey is a puzzle platformer, with an open-world-like experience, letting you explore throughout the available open space of each stage. Complete with 30+ challenging puzzle platforming stages, retro-style 8-bit sound effects, adorable minimalist art style and cheerful-sounding music, this game will make you hooked for hours.

The peaceful and harmonic land of Dripsdale, is the home of the most adorable species ever seen, Dropples. The land also covers the most valuable treasure of all lands, and like any treasures, some evil entities will do anything to steal it.

That's when the notorious, yet sneaky Professor Geomad and his nephew, Sid, started doing so, by seizing the whole land, trapping its innocent residents in their magic bubbles and hypnotizing some powerful creatures throughout the land to stop anyone from stopping them.

However, there's only one that survives, and he's the only hope for the land. Aided by a genius veteran and Geomad's arch-nemesis, Professor Drips, a bit-younger Dropple, Smitty will do anything and sacrifice himself to save the land and rescue his beloved cousin, Milly and his family and friends from future dangers coming.

Guide Smitty, which is your player character around the stage, and try to avoid any pitfalls, hazards and enemies, while searching for items such as magic balls and ability bubbles, as well as calling your assists around to get help with buttons and enemies.

Speaking of buttons, you can find those around the stage to either unlock paths or activate moving platforms. Some worlds may have different designs.

Each stage has the same set of conditions, which you need to accomplish to obtain its star.

By collecting enough of these, you may unlock something new in the Village. 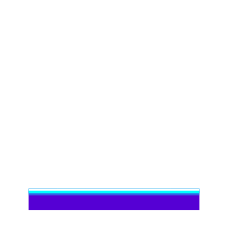 The first star is as easy as it looks, get to the finish pad at the end of the stage. It's that easy. But remember, bosses hide these in the final stage of each world and you must defeat them for it to reappear.

The second star requires you to get every single magic ball scattered nor hidden throughout the stage. Just like stars, you'll find something new in the Town as you collect these. And yes, these will appear again when you replay the stage.

The condition for the third star is not as simple as it sounds, try to avoid being hurt or fall off the stage. Try checking for some hints before going down or find abilities that enables you to destroy incoming waves of enemies.

This game is only compatible with keyboard for now, but you can assign your joystick to use keyboard controls by using a third-party software (I recommend using AntiMicro or Joy2Key) for a better experience.

It's a ZIP file, just extract it somewhere.

I recommend extracting it in an empty folder. 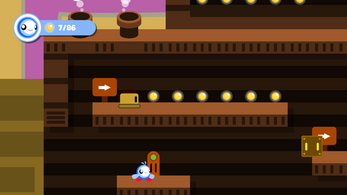 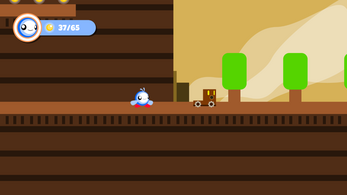 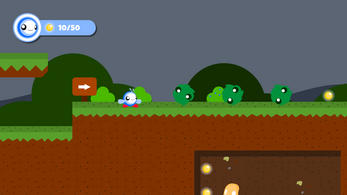 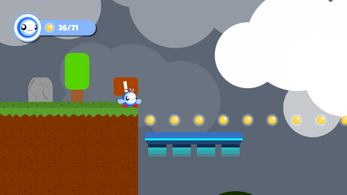 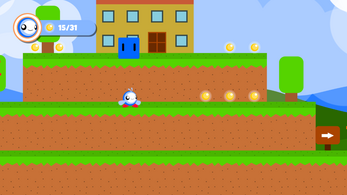 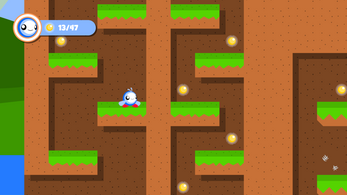